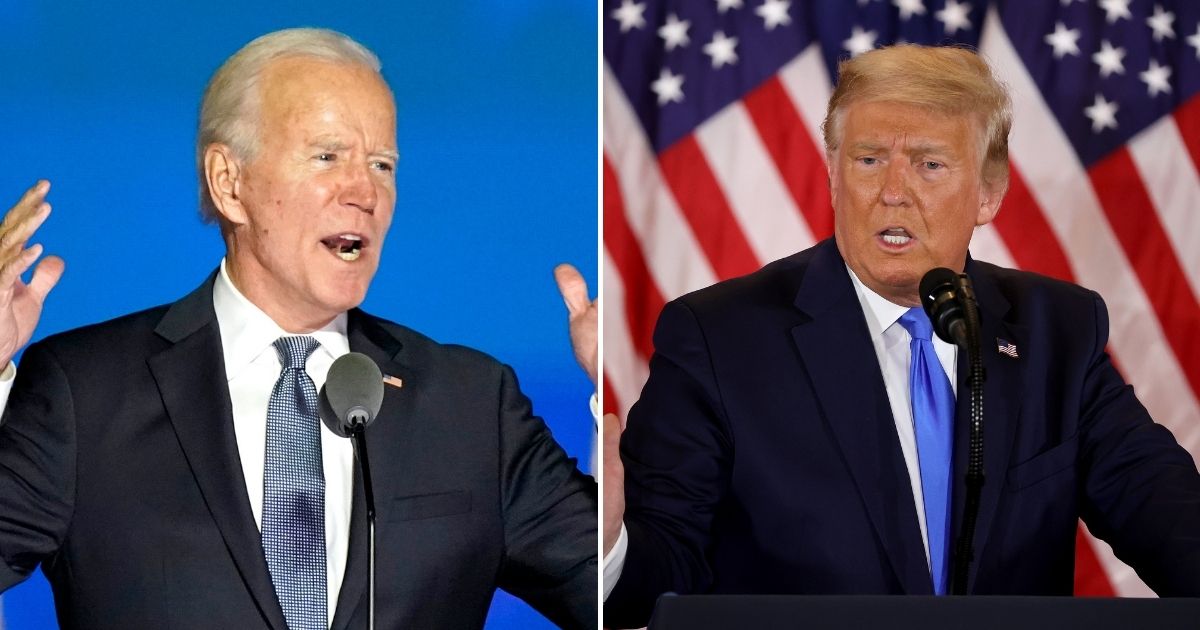 As of Wednesday morning, Biden led Trump in Michigan with 49.3 percent of votes compared to Trump’s 49.1 percent.

Trump flipped Michigan red in 2016 after nearly 25 years of the state being reliably blue, The New York Times reported.

Biden has received a majority of the absentee votes in the state, 68.7 percent, and leads in at least one county Trump won in 2016.

Michigan Secretary of State Jocelyn Benson said Tuesday night it could take at least 24 hours to get a full tabulation of the state. Roughly 120,000 absentee ballots had been accounted for that day from Detroit, The Detroit News reported.

“And that, and only that, will determine who wins every race on the ballot in the state of Michigan.”

As of Wednesday morning, Biden also narrowly led Trump in Wisconsin with 49.5 percent of votes compared to Trump’s 48.8 percent.

In 2016, Trump became the first Republican presidential nominee to win Wisconsin in over three decades.

Do you think President Trump will have won when it’s all said and done?

According to The New York Times, absentee ballots in that state were expected to be counted by Wednesday morning.

“I believe that we will be able to know the results of the Wisconsin election, hopefully that night and maybe at the latest the very next day,” Democratic Gov. Tony Evers said in October, according to PBS Wisconsin.

“I know there’s lots of ballots to count, but I think we’re in a much better position to count those than we have been in the past.”

Trump was leading Biden in Pennsylvania with 54.7 percent of votes compared to Biden’s 43.9 percent as of Wednesday morning, The New York Times reported.

As of Wednesday morning, only 76 percent of Pennsylvania’s results had been reported.

In October, Secretary of the Commonwealth Kathy Boockvar told Spotlight PA that “the overwhelming majority” of the state’s votes would be counted by this coming Friday.