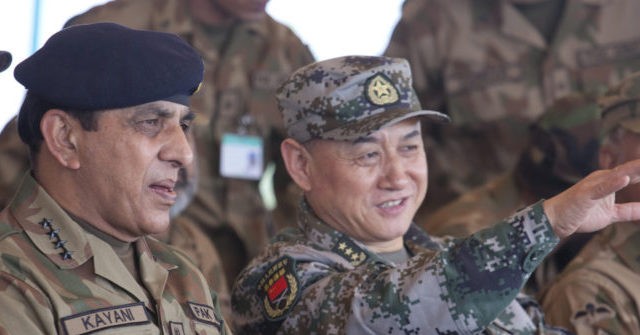 The U.S. State Department announced on Thursday that a group called the East Turkestan Islamic Movement (ETIM) will be delisted as a terrorist organization.

The Chinese government reacted angrily to the announcement, as ETIM’s activities were the pretext for China’s abuse of the Uyghur Muslims of Xinjiang province and the creation of Xinjiang’s vast network of re-education camps.

A State Department official told Radio Free Asia (RFA) in an email on Thursday that ETIM was removed from the list because “for more than a decade, there has been no credible evidence that ETIM continues to exist.”

ETIM is (or was) a militant Uyghur separatist group that apparently formed in the late 1990s and was first listed by the United States as a terrorist organization in 2002. Its founder Hasan Mahsum, allegedly trained at terrorist camps in Afghanistan in the 1990s, was charged by China with a spree of robberies and murders in 1999.

Mahsum was killed by Pakistani military forces in 2003, and a similar fate befell his successor Abdul Haq in 2010, at which time Pakistani and Chinese officials claimed to have “broken the back” of ETIM and its “syndicate” of allied militant groups in the mountainous region between China and Pakistan.

ETIM was dedicated to creating an independent “East Turkestan” within China’s borders. East Turkestan is the name used by many of Xinjiang’s Uyghurs to refer to their ancestral homeland. According to the United Nations, ETIM received support from the Taliban, al-Qaeda, and a similar militant separatist group called the Islamic Movement of Uzbekistan.

The U.N. estimated that ETIM was never very large — about 200 active operatives at its peak — but it had widespread operations, including training camps beyond China’s borders. The Chinese police reported confiscating large inventories of guns, grenades, and explosive materials from captured members.

“Among the violent acts committed by ETIM members were the blowing up of the warehouse of the Urumqi Train Station on 23 May 1998, the armed looting of 247,000 RMB Yuan in Urumqi on 4 February 1999, an explosion in Hetian City, Xinjiang, on 25 March 1999 and violent resistance against arrest in Xinhe County, Xinjiang, on 18 June 1999. These incidents resulted in the deaths of 140 people and injuries to 371,” the U.N. Security Council said in 2011.

The Chinese government insists the group remains a large, active, and dangerous threat with widespread support in Xinjiang. This was the excuse for the crackdown against Uyghurs that led to the infamous Xinjiang concentration camps.

China tends to dismiss Uyghur activists living abroad as ETIM members. It also accuses ETIM of working closely with another group called the Turkestan Islamic Party (TIP) and sometimes claims the two groups are one and the same, an assertion doubted by outside observers.

“Some Western security officials and experts are skeptical about the cohesiveness and capabilities of ETIM and TIP, and say most Xinjiang-related unrest is caused by disparate and poorly organized groups of local residents angered by Chinese policies,” the Wall Street Journal observed when China launched a high-profile manhunt for suspected ETIM members in 2014.

“In 2009, a federal judge ruled that the U.S. government had failed to present sufficient evidence that ETIM was linked to either Al Qaeda or the Taliban, and while the group remained on the Treasury Department’s terror list, there is little to suggest that it had made significant inroads in China, nor that what limited amount of Uyghur radicalization exists in the country presented a significant security risk,” RFA noted.

“Currently China justifies its mass detention of 1 to 3 million Uyghurs in concentration camps as a counter-terror measure. Today’s revocation removes any Chinese justification that it is fighting terrorism in East Turkestan. Today’s revocation also proves that the Uyghur cause is peaceful and has nothing to do with terrorism as the Chinese government claims,” Isa said.

Sean Roberts of George Washington University’s International Development Studies Program thought the delisting was long overdue, since “most of the damage” to the Uyghurs has already been done, but said it was still important for the U.S. to “correct past wrongs.”

“As far as I’m concerned, there was no group ever called the Eastern Turkistan Islamic Movement and the people who were associated with that label have long stopped existing as any kind of group whatsoever,” he said.

“The damage of this designation is done. ETIM as a terrorist organization and specter has already become entrenched in Chinese thinking,” lamented Nottingham University senior research fellow Rian Thum, while similarly praising the Trump administration for doing what it can to secure better treatment for the Uyghurs.

The Chinese government was infuriated by the State Department announcement. Chinese Foreign Ministry spokesman Wang Wenbin accused the U.S. of having “an ugly two-faced approach toward terrorist organizations.”

“Terrorism is terrorism. The U.S. should immediately correct its mistake and refrain from ‘whitewashing’ terrorist organizations, or going backwards in international cooperation on counter-terrorism,” Wang said at a press conference on Friday.

Wang insisted ETIM remains a threat to Chinese national security, noting it remains listed as a terrorist organization by the U.N. Security Council. He said the group has been “engaged in terrorist and violent activities for a long time, causing a large number of casualties and property losses, seriously threatening the security and stability of China as well as the international community.”

China Simulates an Attack of a US Aircraft Carrier While Sending...