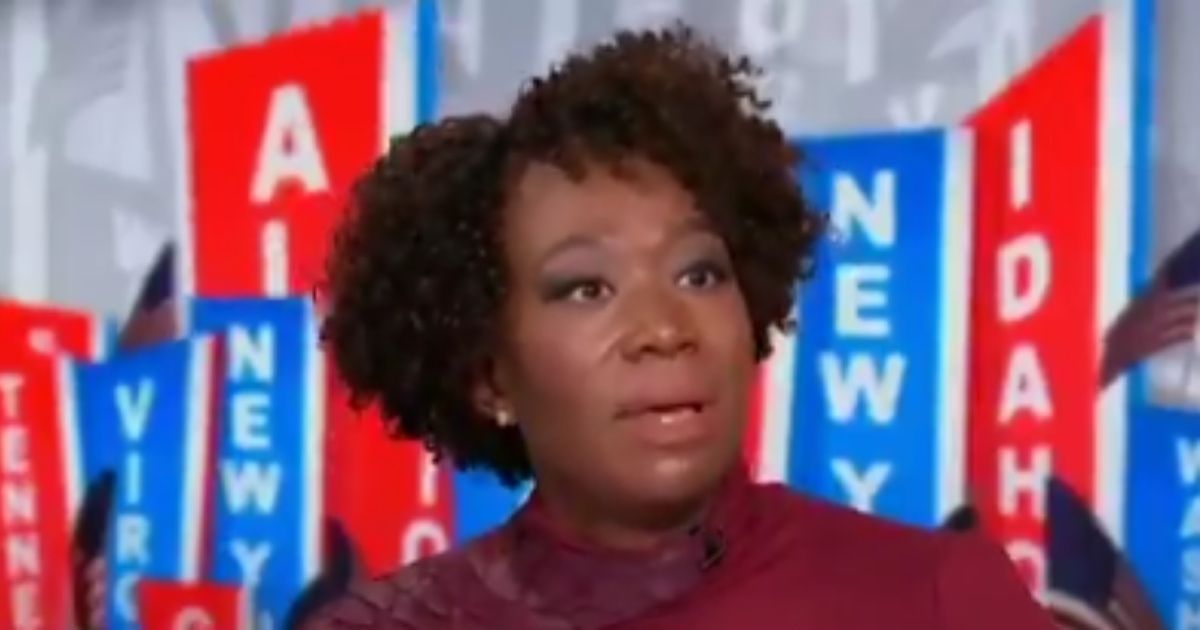 Reid, who is black, was painting a scenario in which the contested election might go to the high court, where Republican-appointed justices hold a 6-3 majority.

Justice Thomas, of course, sits on that court, as he has since being confirmed in 1991 as the second African-American Supreme Court justice in the nation’s history.

But despite Thomas’ pedigree, his great legal mind and his historic standing a a black man on the court, Reid attacked the justice over his propensity for applying the law as it was written, which she seemingly equates with political leanings that are not in line with her own.

Reid was very concerned Tuesday that President Donald Trump’s campaign could take the presidential race to the Supreme Court, where in her mind, the campaign’s arguments might be favorably received.

TRENDING: Whitmer’s Michigan Takes Another Step Toward Authoritarian State After What Diners Must Give Up Now

“If somehow they manage to stumble into the Supreme Court, do any of you guys expect Uncle Clarence and Amy Coney Barrett and those guys to actually follow the letter of the law?” Reid asked.

It’s probably not a stretch to assume the “Uncle Clarence” comment was a knock against the justice’s refusal to embrace wokeism, and an attempt to connect him to the “Uncle Tom” racial trope.

Leftists have resorted for years to racial attacks against black Americans with whom they disagree politically.

According to Reid’s apparent logic here, Thomas is incapable of thinking for himself because he is apparently being held hostage by the legal philosophies of his white masters.

Thomas has sat on the bench with honor for almost three decades. While tempers are certainly flaring over Tuesday’s election, any attempt to diminish the great justice through racial attacks are another low for leftists such as Reid and her dishonest establishment media ilk, who let the comment slide.

Leftists are consumed by a sickening desire for power.

They will lie, cheat, steal and gaslight people into agreeing with them.

They cannot fathom the idea of opposing viewpoints, and they see people as a means to obtain control.

Never mind Thomas’ decades of service to this country and his historic appointment — Joy Reid was willing to reduce his legacy to rubble to make an argument in favor of the mainstream media’s preferred outcome in the election.

Ilhan Omar Tries To Support Her Bill To Cancel Rent and Mortgages, Tweets Article That Blasts It