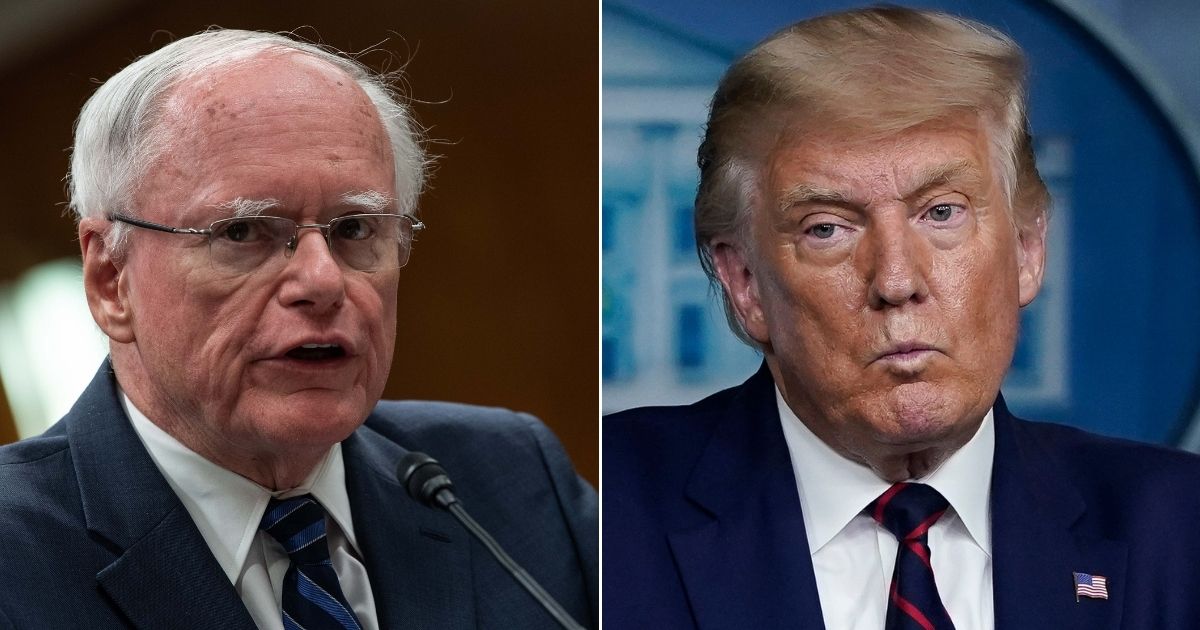 President Donald Trump’s envoy to Syria has revealed that the White House never really knew how many American troops were in Syria even after  Trump ordered an almost complete withdrawal in 2019.

James Jeffrey, State Department special representative for Syria engagement and special envoy to the Global Coalition to Defeat ISIS, admitted the subterfuge in an interview with Defense One published Thursday.

“We were always playing shell games to not make clear to our leadership how many troops we had there,” Jeffrey said.

In fact, he said, the number of U.S. troops in Syria is “a lot more than” the approximately 200 the president agreed should remain when he announced a withdrawal of U.S. forces in 2019.

“When the situation in northeast Syria had been fairly stable after we defeated ISIS, [Trump] was inclined to pull out. In each case, we then decided to come up with five better arguments for why we needed to stay. And we succeeded both times. That’s the story.”

Republican Rep. Jim Banks of Indiana was livid at Jeffrey’s revelation, according to Yahoo News.

“Intentionally misrepresenting a matter of national security to the commander-in-chief is a dereliction of duty and should be punished,” said Banks, a member of the House Armed Services Committee. “I can’t think of anything more dishonorable.”

Jeffrey called Trump’s withdrawal order “the most controversial thing in my fifty years in government” but acknowledged that the Trump doctrine in the Middle East has been successful.

Do you think Jeffrey should be punished?

He said the president’s “modest” approach produced more stability than the grander visions of past presidents. He singled out a 2009 speech from former President Barack Obama that proclaimed a “new beginning” in the Middle East as an approach that “made things worse” and “weakened us.”

The envoy said Trump achieved a stalemate, which he considered no mean feat.

“Stalemate and blocking advances and containing is not a bad thing,” Jeffrey said. “That’s what powerful countries — France, Britain, the United States — failed to do in the 1930s, and then they discovered they had to fight for their lives in really important places like Paris and the South China Sea and North Africa.”

“That’s the nature of realpolitik and great power foreign policy,” he said.

Jeffrey said Trump is popular among Middle East allies and that he tried “to build up our alliance system and basically stop nagging at them, show that Washington has their back including their domestic situations — they can do pretty much what they want, but they’re going to have to step up and do things.”

Jeffrey said if the existing election results are confirmed and Democrat Joe Biden succeeds Trump,  the Middle East could benefit from a continued realism-centered approach.

“If [U.S. allies in the Middle East] had to pick somebody else to come, it would be Joe Biden,” he said. “I can’t predict how Joe Biden would act, [but] of all of his decisions that I was involved in, and there were many, he is more of a transactional guy by his nature.”

“I think the stalemate we’ve put together is a step forward and I would advocate it,” Jeffrey said. “I’m just telling you the reality as I saw it. I’m not trying to do favors to anybody. Because it’s very important when the new team comes in, they don’t say, if it was made by Trump it has to be bad.”