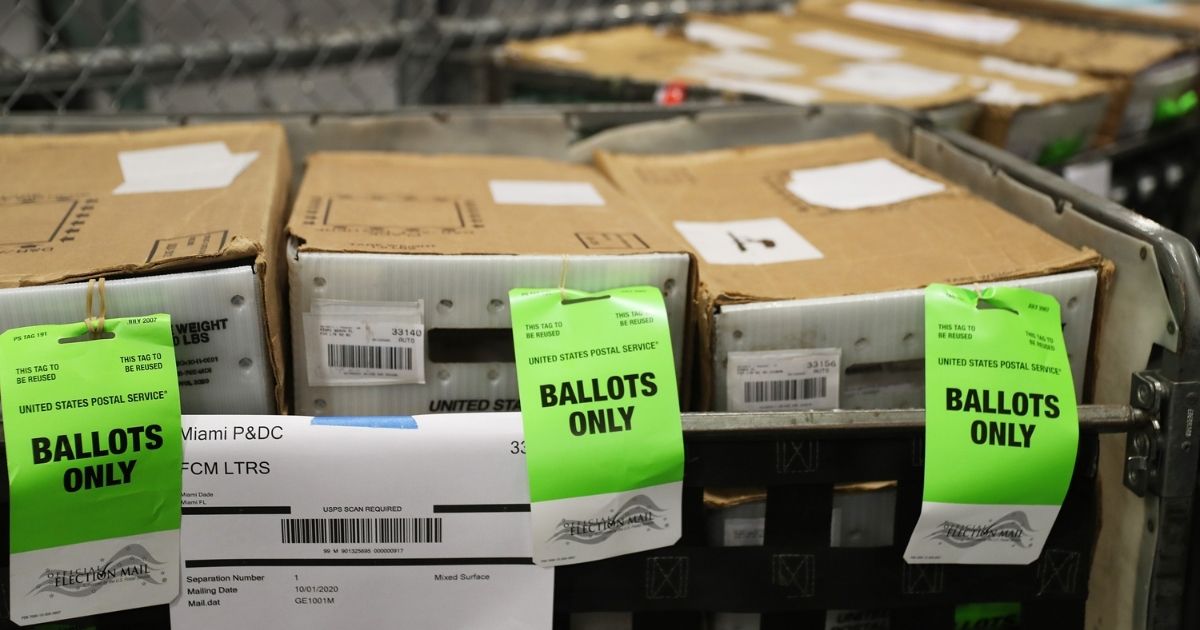 The paper of record in the nation’s capital had, before and after the election, demonized President Donald Trump and Republicans for their distrust of a massive expansion of mail-in voting.

The Post reported how veterans were angry with the president because “he’s casting suspicion on a tool of participatory democracy — the mail-in ballot — that has allowed U.S. military personnel to vote while serving far from home since the War of 1812.” The paper noted how other countries were pulling it off and even reported on how teachers were explaining it to their students.

Yet, on Wednesday, The Post ran a piece where the headline tells the tale pretty succinctly: “USPS processed 150,000 ballots after Election Day, jeopardizing thousands of votes.” Yes, it turns out the United States Postal Service — one of the potential bottlenecks this electoral season — hadn’t been able to process many of those mail-in ballots in time, despite the fact courts had ordered them to prioritize votes.

Jacob Bogage and Christopher Ingraham were writing this piece before the media had called the election, so they noted that “it is unclear whether undelivered ballots would have made a difference in deciding the presidential election.”

“But the delivery failures highlight the risks in relying on the mail service to deliver ballots close to Election Day,” they wrote.

According to the report, nearly one in 12 of the 150,000 ballots that were processed on Wednesday — 12,000 — were from one of five states that hadn’t been called by the media at that point.

“Another 39,000 ballots were processed Thursday, agency data shows, including more than 4,000, in the remaining swing states of Arizona, Georgia, Nevada, North Carolina and Pennsylvania,” The Post reported.

“Despite assurances from Postal Service leaders that agency officials were conducting daily sweeps for misplaced ballots, the mail service acknowledged in court filings that thousands of ballots had not been processed in time, and that more ballots were processed Wednesday than on Election Day.”

Several of those states still haven’t been called by the media as of Tuesday, it’s worth noting.

This doesn’t necessarily mean the votes wouldn’t be counted. In fact, the majority of the ballots that were processed on Wednesday were being sent to states that accept ballots that were mailed with postmarks prior to Election Day.

“The Postal Service is required by law to deliver all mail that is deposited in our system,” Postal Service spokesman David Partenheimer said in a statement.

“We cannot control when voters choose to mail their completed ballots, but we implemented extraordinary measures to ensure ballots were, and continue to be, delivered to the boards of elections as quickly as possible.”

Furthermore, half of the ballots that were processed on Wednesday were in California, a state where officials allow ballots received 17 days after Election Day to be counted. California, it’ll shock no one to learn, was not on the table for Donald Trump to win.

However, in Pennsylvania, the New York Post reported that 1,700 ballots were discovered in USPS facilities ahead of the Friday deadline for votes to be delivered.

So who’s to blame? Who else?

“Under Postmaster General Louis DeJoy, a major Trump financier who took over the agency in June, first-class mail delivery rates have steadily declined, especially in urban areas that are bastions of Democratic voters,” The Washington Post reported.

“In public statements, he called the safe and timely delivery of election mail his ‘sacred duty’ and insisted the agency was up to the task of facilitating an election in which a record 198 million Americans were eligible to vote by mail. But the Postal Service’s summer struggles bled into election season almost immediately as Americans began voting in October.”

However, this still took place as the Postal Service was under the magnifying glass of a federal court that was overseeing its operations in the midst of pandemic-related mail-in voting.

Would the USPS have done significantly better had it spooled up operations in the months ahead of Election Day, if more money was poured into a bottomless hole?

There were always structural problems with vote-by-mail. As much as the media wanted to wallpaper over them, there they were — still jutting out, plain as day to anyone who cared to look. We’re going to see a raft of court challenges over how this election was conducted and the irregularities it produced, no matter how cheerfully we’re told to accept the results and begin the work of unity and healing so loudly championed by the Democrats.

After all this time, The Post admitted something we should have realized a long time ago: “the delivery failures highlight the risks in relying on the mail service to deliver ballots close to Election Day.” There weren’t just going to be risks; there were going to be problems.

This is what happens when you trust a semi-autonomous organization overseen by the government to run a crucial component of the electoral system. I assure you, had the election gone the other way, we’d be examining those problems, too. This is what mail-in voting skeptics warned would happen — and we were roundly ignored.

It was only on the day after the election that reporters at The Washington Post even allowed themselves to admit there were going to be any problems, however. What a surprise.