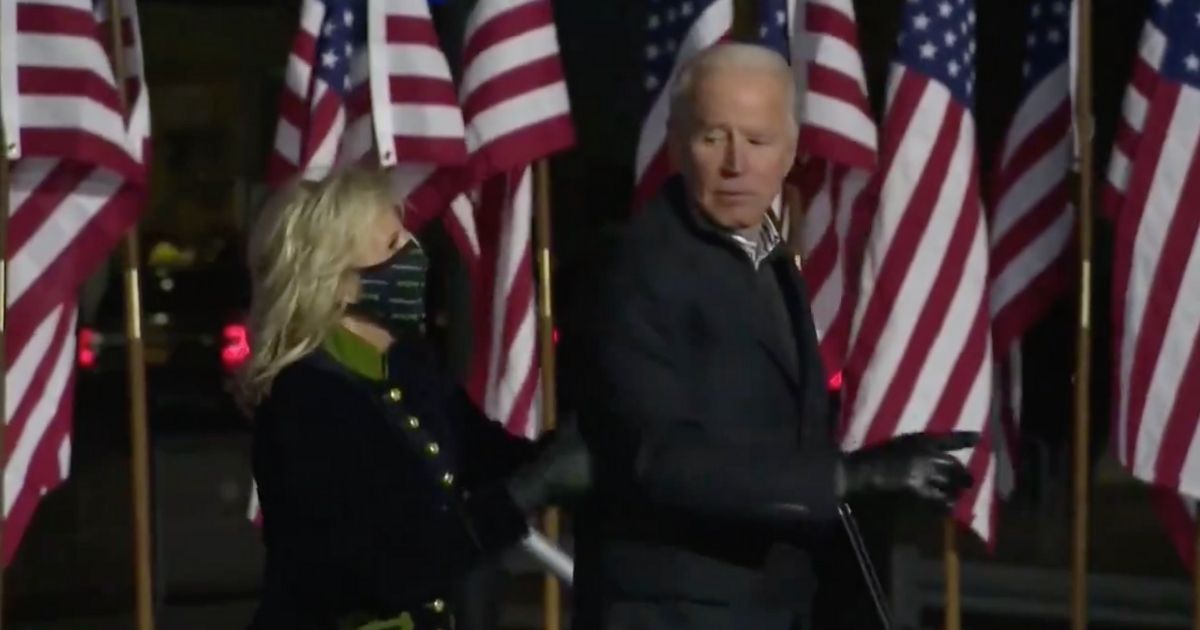 In the final days of the 2020 presidential race, the Biden campaign came to the conclusion the race would center on Pennsylvania. Thus, the Democratic candidate’s final two days of campaigning were centered around the Keystone State and were every bit as awkward as you might expect.

His final rally of the race, a drive-in event at Heinz Field in Pittsburgh, was a perfect summation of everything that made Democrats queasy about Biden being their nominee and the rest of us queasy about his potentially being our president. Yes, “make sure you have the record player on at night” for your kids to fight systemic racism may have been well over a year ago, but it could be yesterday — because, let’s face it, you could still see him giving that answer if the situation arose again.

Because apparently there’s something in the Democratic Party platform that expressly forbids learning from history no matter whether it condemns them to repeat it, the big news around the rally was celebrity fireworks, this time in the personage of Lady Gaga.

Apparently, what Pennsylvania needed to get people to go out to the polls or drop off their ballot is your kid’s 3rd-grade teacher’s favorite pop star when they were 14 lecturing us about which candidate will “grab” women, because apparently what 2016 didn’t have was enough celebs lecturing us about voting for Hillary and the Democrats, or reminding us about the “Access Hollywood” tape. This can only end swimmingly.

Oh, and then there was her mocking rural Americans, which blunted any momentum her appearance could have given Joe in Pennsylvania.

So you can tick off the ineffectual celebrity endorsement box. As for Joe Biden being confused, you could tick that one off several times.

The moment that seemed to get the most viral traction involved Jill Biden startling her husband, nearly causing him to stumble.

WATCH: Joe Biden nearly falls over after being startled by Jill. Then he got angry. pic.twitter.com/vVGFXA9Pjv

Joe, as you can see, is doing the usual fist-pumping and hurrahing and all of that stuff vigorous candidates are supposed to do. And then Jill tries to direct him over to the podium.

Biden leaps in the manner of an aged frog who’ll soon be devoured by a fitter member of the aquatic ecosystem. Thankfully, we’ve evolved past pure Darwinianism as a species — and plus, frogs don’t wear heavy coats, partially since almost all of them of them don’t campaign in Pittsburgh at night in November.

The candidate then went from the ranine to the ursine, giving Jill his best grumpy bear look.

Another view of the mess:

This came at the end of the rally as he waved at the left side of the drive-through crowd. According to the Pittsburgh City Paper, the rally had “likely more than 1,000 people in attendance,” so apparently there weren’t many cars to wave to. (This was another aspect of Biden’s final sweep of the Keystone State that made it an ideal summation of the campaign: a profound lack of enthusiasm. Even a Lady Gaga kinda sorta concert couldn’t induce people to drive their cars to Heinz Field.)

Anyway, Biden then seemed to come to and smile after he realized what his wife was trying to do. He either had something more to say or he wanted one last stab at being in front of the microphone, apparently to inspire one last bout of angina for Democratic National Committee head Tom Perez.

But Perez, it seemed, had control of the sound board:

WATCH: Not even Joe Biden’s supporters want to listen to him! pic.twitter.com/kKq32tZZdW

And good, because I think Perez has had enough moments during Biden’s assent where he’s had to reach for the clonidine and clonazepam bottles at the sane time.

When Biden got back to the mic, however, he discovered the music was already playing. Thus, he shook his hands in disgust and walked away.

So, there you have it. It’s all over but the voting — and most of that is over, too. There’s only one question left:

.@JoeBiden: “Make sure you have the record player on at night” pic.twitter.com/A0EGxorodm

Will there be four more years of this or will Joe Biden be sent back to his basement to wait out the quarantine? We’ll hopefully find out sooner rather than later.