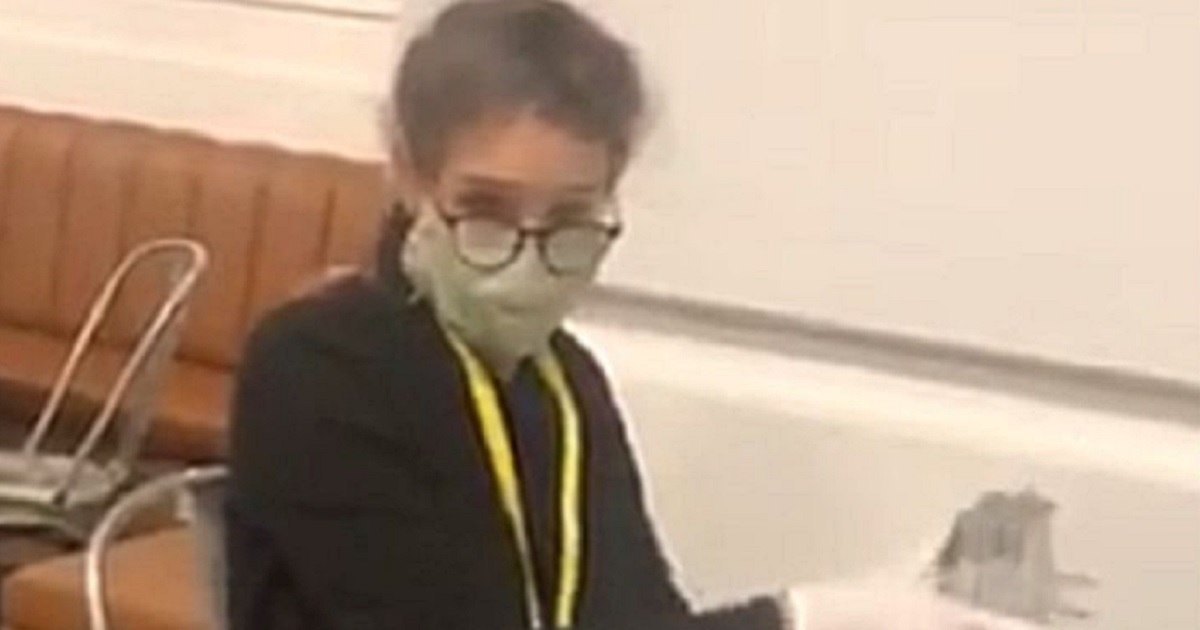 As Americans get an in-depth look at the vote-counting process,  they are witnessing the reality behind the rulebook.

Despite the news media on Saturday declaring that Democrat Joe Biden has won, President Donald Trump’s campaign has been challenging the mountain of mail-in ballots that have been instrumental in Biden overcoming leads held by Trump based on voters who cast their ballot in person on Tuesday.

Mike Roman, director of Election Day operations for the Trump campaign, shared a video on Twitter to explain why.

According to Roman’s post, the video is reportedly from a Philadelphia-area counting center and shows a woman who said she was a volunteer handling ballots all by herself.

In Philly suburbs “volunteers” are handling absentee ballots in the basement lunchroom of the counting center. The “election supervisor” LEFT! They don’t know his name? Are you kidding me? pic.twitter.com/kEeesnbze5

“In Philly suburbs ‘volunteers’ are handling absentee ballots in the basement lunchroom of the counting center. The ‘election supervisor’ LEFT! They don’t know his name? Are you kidding me?” Roman tweeted.

The scene of how votes are being handled infuriated many on Twitter.

Whoa, they were acting like a kid getting caught doing something they were not supposed to be doing. Why act so guilty and panicked? Maybe the guy just spooked them but it’s definitely suspicious.

“Democrat officials never believed they could win this election honestly. I really believe that. That’s why they did the mail-in ballots, where there’s tremendous corruption and fraud going on. That’s why they mailed out tens of millions of unsolicited ballots without any verification measures whatsoever.

“And I’ve told everybody that these things would happen, because I’ve seen it happen. I watched a lot of different elections before they decided to go with this big, massive election with tens of millions of ballots going out to everybody — in many cases, totally unsolicited,” he said.

“This was unprecedented in American history. This was by design. Despite years of claiming to care about the election security, they refuse to include any requirement to verify signatures, identities, or even determine whether they’re eligible or ineligible to vote.

Has mass mail-in voting been a disaster?

“People are walking in that they have no idea; they’re just taking numbers. They’re writing down things — the workers — and doing a lot of bad things. And we have a lot of information coming and litigation that you’ll see that will shake even you people up, and you’ve seen it all,” he said.

Some said that the mail-in voting experience of 2020 was a disaster.

In an editorial Friday, the Wall Street Journal sided with neither campaign in the dispute over what was or was not a valid ballot, but declared that mass mail-in voting was “an unholy mess.”

Others said it was a sign of things to come.

“Whether it’s enacted statewide by the legislature, or whether we adopt it on a county level with some tweaks, I think it’s here to stay,” said Nathan Fletcher, a Democratic San Diego County supervisor, according to the San Diego Union Tribune. “We should be doing everything we can to make it possible for valid votes to be counted.”

As of this writing, no proof of widespread fraud has been uncovered.

Biden Begins the Process of Reversing One of Trump’s Most Impactful...