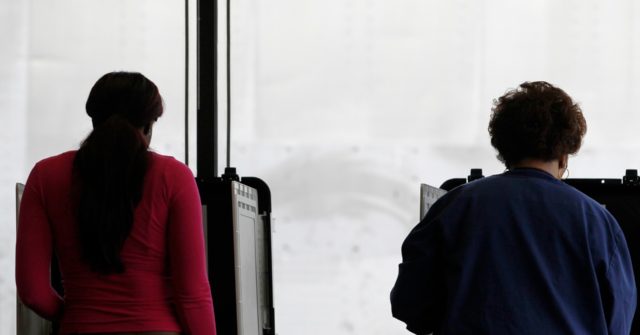 Voting machines, which went down countywide in Georgia’s Spalding County Tuesday morning due to what officials described as a “glitch,” are back up and operating.

Spalding County Elections Supervisor Marcia Ridley originally confirmed the “glitch” to Channel 2 Action News. According to the outlet, “Ridley said she is not sure when the glitch will be fixed but urged everyone to be patient and assured that they will be able to vote.”

The Spalding County Sheriff’s Office released an update on the issue Tuesday morning, reporting that paper ballots would be used at all locations until the issue was resolved:

Shortly after, the county confirmed that machines in each precinct are “now up and running as they should be.”

“Officials say workers in Spalding County incorrectly loaded information onto the poll pads Tuesday morning so none of the machines were working,” the WSB-TV reported.

President Trump won Spalding County in 2016 by over 60 percent.