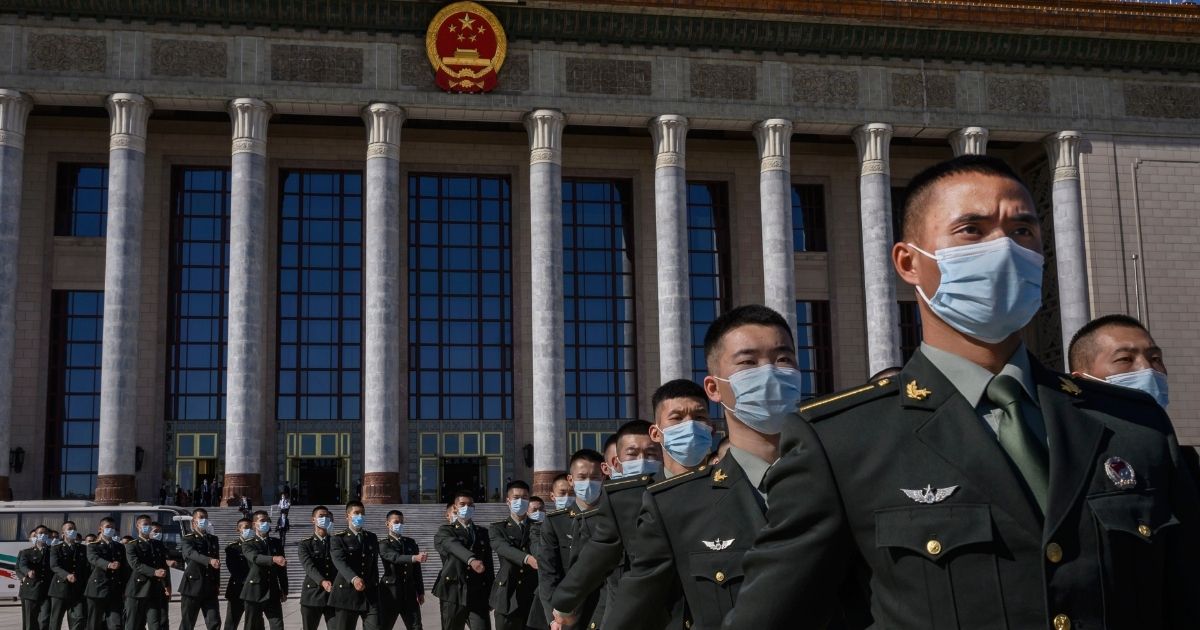 There are too many people who believe that China is not entirely a disgusting communist dictatorship, just because its people know how to make efficient laptops.

Granted, it’s more than I know how to do, but I, on the other hand, have something that they don’t have: the freedom to say and think whatever I want. And I wouldn’t exchange it for any of China’s sad Huawei, which is to computing what Paulo Coelho is to philosophy.

We are used to communism ruining even the most charismatic industries in any country. P.J. O’Rourke wrote, “You can’t get good Chinese takeout in China and Cuban cigars are rationed in Cuba. That’s all you need to know about communism.”

And it’s worth remembering that only through blood, extortion and cheating does China manage to occupy a relevant position in the global technology sector. Under communism and playing fair, the most technologically advanced thing it could produce would be a mere grain of rice.

Today, the Chinese may be able to make good appliances — especially instruments of war and torture — often through patents stolen from other countries, but their people are still starving, Christians are more persecuted than ever, and anyone who goes off script ends up in jail, like the 39-year-old journalist Zhang Zhan, detained in Wuhan because her coverage of the pandemic did not please the regime: Five years in prison await her.

Because in China everything that is not prohibited is mandatory.

Last summer, in China’s Xinye County, a Christian family held a funeral for an elderly man who had died the day before. More than a dozen policemen blocked the funeral procession by obstructing the path of the casket with their motorcycles, confiscating several Bibles and arresting a good part of the bereaved attendees. Sleeping behind bars was also added to the drama of losing a loved one. I trust that the deceased was allowed to go on his way to eternity.

They delivered a revolting message to relatives: The Chinese government has decided to ban all Christian marriages and funerals.

Since the summer, the faithful have been resigned to this new regulation for one compelling reason: The regime sends bulldozers and destroys churches that refuse to comply.

This is the kind of government Joe Biden says we should get along with.

Personally, I would rather get along with vermin and slugs than be friends with Xi Jinping’s executioners.

The United States must rally the free West, at least the countries that have not yet been dumbfounded, and stifle Xi Jiping’s regime once and for all. The only respectable China is Taiwan. And if there were good reasons to invite the Taiwanese to our parties and drink with them until dawn, now there are more than ever: At least since we know that they were the first to sound the alarm on the dangerous pandemic that was looming over the world.

I guess the useful idiots at the World Health Organization smiled sheepishly and said, “Ah, what more could Taiwan say?” And continued getting drunk.

A few weeks ago, the ambassador of Taiwan in Spain explained the five key principles that have allowed the country to overcome the coronavirus without lockdowns, without bar and restaurant closures and without ruining its economy: “experience, rapid response, modern technology application, transparency and citizen collaboration.”

RELATED: Op-Ed: The Pandemic Problem Is Also a China Problem – And Joe Biden Isn't the One To Solve It

Perhaps that is why the WHO insists on excluding Taiwan from the group of experts of countries fighting the pandemic.

This small detail alone is enough to understand why leaving the WHO was the most important and intelligent decision that Donald Trump has made as president of the United States. The WHO is not the World Health Organization but a branch of Beijing, a totalitarian and bloody regime whose specialty is not saving lives but ending them.

If the WHO were a hospital, it would say that the dead are not exactly dead but simply people who have stopped living.

Do you think a Joe Biden administration would be too easy on China?

China has lied all this time. It hasn’t told a single truth about the coronavirus pandemic. And what’s worse, the Chinese have not allowed other countries to investigate the origin of the disease.

So when we manage to get rid of this stinking communist virus, another could emerge, and another, and another. And it would always be the same pattern: The entire world is dying as China boasts of its extraordinary capacity for economic resistance to the health crisis.

A reminder for useful idiots: If the Chinese economy grows it is not despite the pandemic, but thanks to it.

The next world will have to choose between submission to or confrontation with China. Don’t expect a guy like Biden to take the heroic road.

If that crossroads really does face the West after this Christmas, pray that Trump will be in command of the situation. Biden and Harris would squint their eyes, recite to Mao, and crawl through the mud, rather than to face the red giant to defend the freedom of the United States of America.

This article first appeared on The Western Journal en Español.