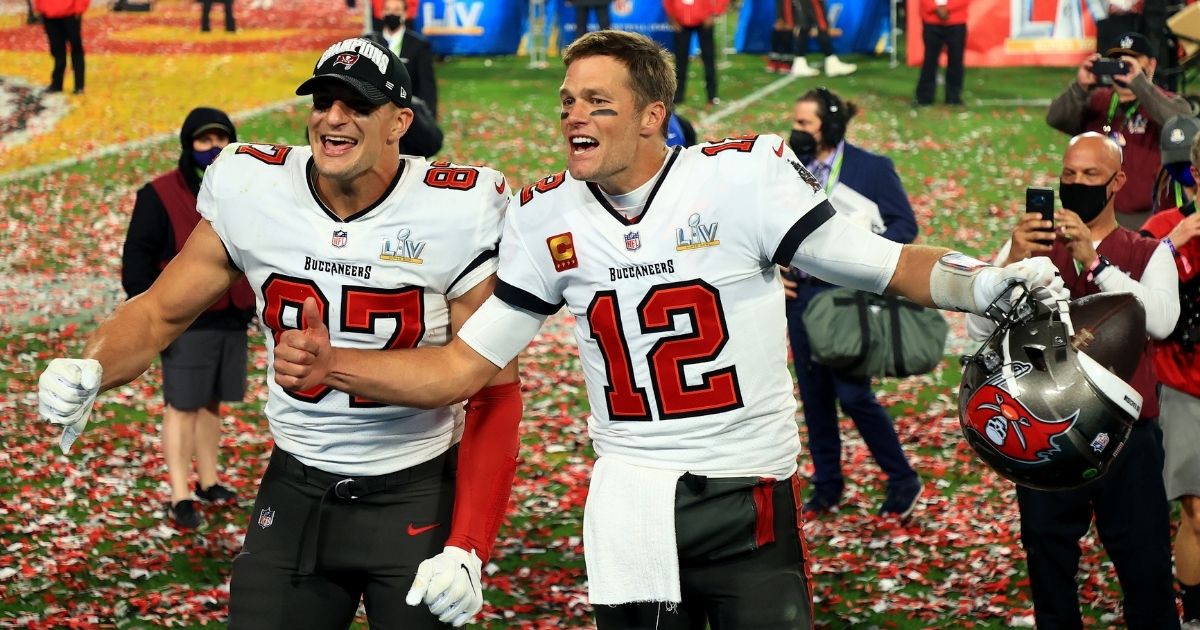 The Biden administration will not invite newly crowned Super Bowl champs, the Tampa Bay Buccaneers, to the White House anytime in the foreseeable future.

Given how Democrats and their media minions have rabidly hyped the coronavirus crisis for the past year, it could be months (or years?) before the Buccaneers ever meet President Joe Biden.

At Monday’s White House briefing, Fox News reporter Peter Doocy asked press secretary Jen Psaki if Biden had reached out to the Buccaneers after they beat the Kansas City Chiefs 31-9 in Super Bowl LV on Sunday.

Psaki stammered that her 78-year-old boss has no plans to invite anyone to the White House for ceremonial celebrations, which could signal that life might return to normal at some point.

Such an event would force gaffe machine Biden — who campaigned from his basement — to be seen in public and field extemporaneous questions from reporters.

“We will be inviting — I don’t have an update for if it’s happened yet — but I do have an update that we look forward to inviting the Buccaneers, as well as the 2020 NBA champions, the Lakers, to the White House when it is COVID-safe,” Psaki said.

“But I don’t know when that will take place yet,” she said.

Pres. Biden will invite the Tampa Bay Buccaneers and the Los Angeles Lakers to the White House ‘when it’s COVID-safe’ pic.twitter.com/4ALrAL7SIj

But could there be another reason Biden wouldn’t want to invite the new Super Bowl winners to the White House?

The Buccaneers quarterback, Tom Brady, has been attacked by the left because of his friendship and past public support for President Donald Trump.

In 2017, the left-wing media echo chamber demonized the seven-time Super Bowl champ because of his ties to Trump.

RELATED: Ron DeSantis Responds to Critics of His Going Maskless at Super Bowl: ‘How the Hell Am I Going to Drink a Beer?’

Tom Brady Must Denounce Donald Trump or Be Burned as a Heretic https://t.co/WB34lY9P2c (By @HashtagGriswold) pic.twitter.com/NTzPM1d4as

Tom Brady no longer gets a pass on his friendship with Donald Trump, @nrarmour writes. https://t.co/Jei6vgE273

And as we’ve learned in recent weeks, the Biden camp has no intention of making peace with Republicans despite its disingenuous rhetoric about wanting “unity.”

Case in point: Last month, the Biden administration fired a White House sign-language interpreter after online trolls outed her as a Trump supporter.

So it’s unlikely the president has any interest in meeting Brady, who has been golf buddies with Trump for years — even if such a gesture could ease the toxic political divide in the country.

Do you think the Buccaneers will ever receive an invitation to the Biden White House?

Many Americans have COVID fatigue and cabin fever stemming from the extended shutdowns and draconian restrictions of the past year. So it makes sense that they’re clamoring to see any indication that life will eventually return to normal.

A visit to the White House by the reigning Super Bowl champions could boost morale (even for non-football fans) by showing that we as a nation refuse to cower in our homes because of a virus with about a 99 percent recovery rate.

But with Biden installed in the White House and Democrats in control of both chambers of Congress, it’s unlikely they’ll ease restrictions because that would mean letting go of the centralized power the left has acquired — thanks to the media-stoked hysteria about the coronavirus.

A month before the presidential election, leftist actress Jane Fonda gleefully admitted that liberals are grateful for the virus because it helped them politically.

“What a great gift! What a tremendous opportunity! We’re just so lucky, we have to use it with every ounce of intelligence and courage and wherewithal we have,” Fonda gushed.

“I just think COVID is God’s gift to the left,” she said.

Japan to start releasing Fukushima water to sea in 2 years