The United States Army is planning to close down the school that trains an elite group of paratroopers known as Pathfinders, citing the anticipated nature of future conflicts as one of the reasons for the cutbacks.

The Army Times reports that the Army is planning to close down its Pathfinder School, based at Fort Benning, Georgia. A number of other courses are also being closed down due to budget issues.

The three-week course teaches troops a number of skills according to a 2015 Army release, including how to set up beacons and visual cues to establish drop zones and setting up sling loads on helicopters like the UH-60 Blackhawk and CH-47 Chinook. Another Army release noted that the course is known for a low pass rate.

“The priority list of functional training courses is being adjusted based on budget constraints and the Army’s focus on large scale combat operations and creating a multi-domain operations capable force,” Colonel Rich McNorton, a spokesman for the United States Army’s Training and Doctrine Command (TRADOC), told the media outlet. (RELATED: A Startlingly Small Number Of US Forces Could Fight An Enemy Tonight, Says Army General)

“A satellite isn’t going to be able to tell you there’s three feet of mud on the ground. It may not be for the D-Day invasion, but it could be for resupply drops in a degraded environment where they can’t rely on GPS, so they need a Pathfinder on the ground,” an anonymous Pathfinder told the Army Times.

“There won’t be immediate issues, but you know, two, three or 10 years from now they’ll start running out of Pathfinder-qualified guys,” an instructor at the Pathfinder course added. 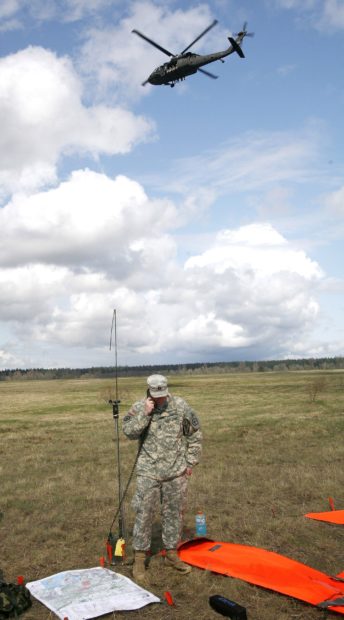 A soldier from the 864th Engineer Battalion takes part in a field exercise while attending a 2009 course at the Pathfinder School. (United States Army)

The Army, though, says that while the Pathfinder School may be gone, the ability to keep those skills among the troops won’t necessarily be lost. (RELATED: Army Releases Stunning Photo By Combat Photographer Moments Before Her Death)

“Although the courses on this list will no longer be available, blocks of training within these courses could possibly be transferred to other courses currently being taught,” Lt. Col. Jeremy Passut, an official at TRADOC, told the Army Times.

The Army Times noted the last Pathfinder unit was shut down in 2017.