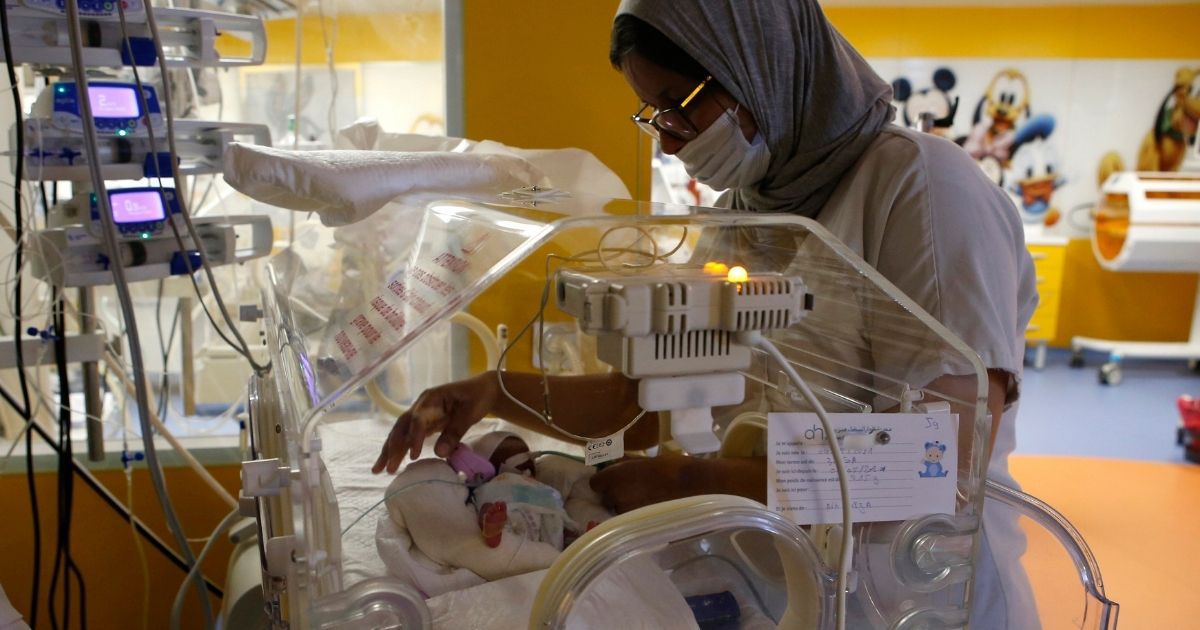 Last year, Halima Cissé, 25, from Mali, was a mother of one. This year, she’s mother to 10, and may be the new record-holder for number of live births at one time.

Cissé was reportedly expecting seven babies — still a staggering number with terrifying physical ramifications to anyone who’s ever been pregnant, but apparently there were two more for a total of nine when the C-section took place on Tuesday.

Since there were insufficient resources to help Cissé with her unusual pregnancy, the Malian government helped pay for her to go to a private clinic in Morocco, where she could get better care.

Professor Youssef Alaoui, medical director at the Ain Borja clinic in Casablanca, Morocco, and his team received Cissé when she was about 25 weeks pregnant and did their best to get her as far along as they could.

CNN's Don Lemon Fails to Get Guest to Take ‘Bait,' Instead Gets Contradicted on Slavery

At 30 weeks, she gave birth by C-section to four boys and five girls, each one weighing between 1.1 and 2.2 pounds.

Adjudant Kader Arby, Cissé’s husband, stayed at home in Mali with their daughter, but was excited to announce the news of his childrens’ arrival.

“I’m very happy,” Arby told the BBC. “My wife and the babies are doing well.

“The newborns and the mother are all doing well,” Dr. Fanta Siby, the health minister of Mali, said, according to NPR.

Cissé was kept in intensive care after severely hemorrhaging, but doctors were able to keep her stable. It took a team of over 30 people to help deliver her babies and care for them.

Alaoui told The Associated Press that the mother hadn’t used fertility treatments, “as far as he was aware,” but either way, nine babies is a record-breaking number.

The last holder of that title was Nadya Suleman, often referred to as “Octomom,” who gave birth to octuplets in 2009. The Guinness World Records will be looking into Cissé’s case in the future to see if she will be the new bearer of that title.

According to NPR, a representative for the Guinness World Records said “we are yet to verify this as a record as the wellbeing of both the mother and babies are of top priority,” and they have a specialist working on the case.

Despite how overwhelmed most fathers would be at the news that they will be adding nine children to their family in one fell swoop, Arby said that the family has received a lot of support and seems rather optimistic.

“God gave us these children,” he said. “He is the one to decide what will happen to them. I’m not worried about that. When the almighty does something, he knows why.”

Amanda holds an MA in Rhetoric and TESOL from Cal Poly Pomona. After teaching composition and logic for several years, she's strayed into writing full-time and especially enjoys animal-related topics.

As of January 2019, Amanda has written over 1,000 stories for The Western Journal but doesn't really know how. Graduating from California State Polytechnic University with a MA in Rhetoric/Composition and TESOL, she wrote her thesis about metacognitive development and the skill transfer between reading and writing in freshman students.
She has a slew of interests that keep her busy, including trying out new recipes, enjoying nature, discussing ridiculous topics, reading, drawing, people watching, developing curriculum, and writing bios. Sometimes she has red hair, sometimes she has brown hair, sometimes she's had teal hair.
With a book on productive communication strategies in the works, Amanda is also writing and illustrating some children's books with her husband, Edward.

Netanyahu Puts Biden on Blast in His Final Speech as Prime...