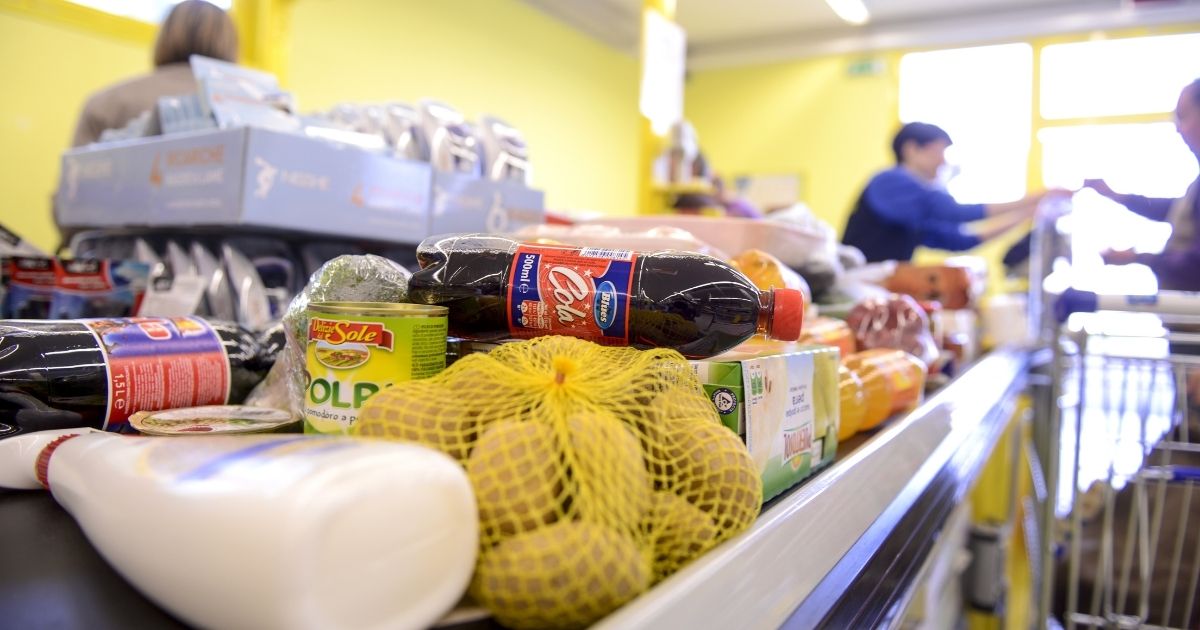 It’s not uncommon to see little acts of kindness taking place around us. People start paying for the coffee of the person in line behind them, hand a few bills to a homeless person or offer to pay for someone’s items when they come up short for the bill.

But it is unusual when the good Samaritan shells out $150 — that’s no small gesture, and for one gentleman at Super 1 Foods in Post Falls, Idaho, it meant the world.

The two main characters in this heartwarming story are an unnamed elderly customer and a young cashier named Brittney Rivers.

But if it weren’t for Tim Rice, another customer and bystander, the story would have stayed quiet, appreciated only by the handful of people present. Rice thought it should be appreciated by more people, so he posted his account of it on Facebook.

“This evening, I stopped at Super 1 in Post Falls,” he wrote on Oct. 27. “All I needed was a few gallons of milk. I searched for the fastest looking lane so I could be on my way.”

“I picked the lane with an elderly man nearly checked out with a full cart. Between us was another man with a few items. I figured I would be in and out fast.”

But the elderly gentleman was having some trouble paying, and Rice wrote that he looked “confused.” As his confusion grew, so did the line, and people’s patience started wearing thin.

The problem was identified: The customer didn’t have enough funds in his account for his purchase, and the young lady tried to discreetly explain the situation to him.

When he realized what the issue was, the man started to take items out of his cart, but the cashier was one step ahead of him.

“Without batting an eye, the cashier grabbed her phone, spun the credit card machine around, and digitally paid for all of it,” Rice’s post continued. “She then put the items back in his cart and said, ‘Have a nice day.'”

“By that time, several people were watching, and all jaws dropped. The bill was over $150. The cashier couldn’t be a day over 20 herself. I looked in my wallet and pulled out the only cash I had, $25, and attempted to give it to her. She respectfully declined.”

“What an amazing young woman. While the rest of us were building our frustration, she stepped up with an act of kindness. I don’t know many 20’ish year olds willing to do something like that.”

RELATED: Tim Tebow Takes Shoes Off Own Feet To Give to Person in Need

Rice also attached a screenshot of a comment on his post, which showed a man who claimed to be that confused customer. The commenter said he’d had no idea that she’d paid for all the items, as he thought his payment had finally been accepted.

He vowed to repay her, but she doesn’t seem to expect anything in return, especially because she’s experienced the generosity of a stranger before.

Rivers, 22, told KREM-TV that when she was growing up, her family couldn’t always afford groceries and had been approached by someone who helped pay for theirs, too.

“This person said, ‘I just had a feeling that I need to help you,'” she explained. “My mother, myself and my sibling started to tear up. I remember thinking when I grow up, I want to be just like that woman.”

“Sometimes you never know what’s going on with a person. I know what it feels like to struggle to get food in your house. I could tell he needed it. I wanted to help him and make a difference.”

Rivers didn’t ask for the attention her story has gotten, but she wants it to encourage others to take opportunities to be generous and cautions that we never know when we might be the ones needing help.

“I say that because you just never know what it is like for them,” she said. “You could be in their shoes down the line.”