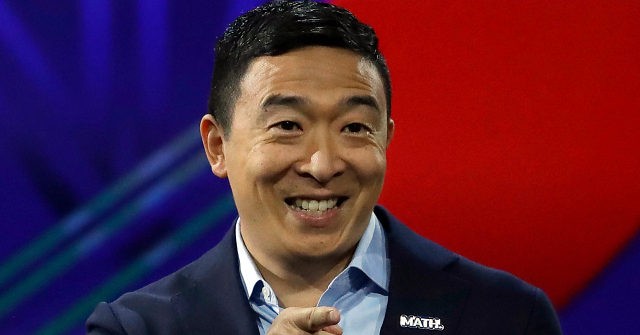 CLAIM: You can move to Georgia to register to vote in the runoff election, which will be held Jan. 5.

VERDICT: MOSTLY FALSE. It is illegal, unless a) you are moving permanently to Georgia, and b) you did not already vote in another Senate election in 2020.

Democrats have begun encouraging each other to move to Georgia and register to vote in time to participate in the Jan. 5 runoff election for two crucial U.S. Senate seats.

Democrats are suggesting that out-of-state Democrats temporarily move to Georgia for the sole purpose of helping to beat Senators Kelly Loeffler (R-GA) and David Perdue (R-GA) in their runoff elections against Democrats Jon Ossoff and Raphael Warnock on January 5.

In a November 6 [Twitter] post, Democrat Andrew Yang suggested that Democrats from out of state “get ready to head to Georgia” to “give Joe [Biden] a unified government.”

“There isn’t much time. The earliest date for absentee ballots to be mailed for the runoff is Nov. 18,” Yang said. “The registration deadline is Dec. 7. The In-person early voting begins Dec. 14.”

There isn’t much time. The earliest date for absentee ballots to be mailed for the runoff is Nov. 18. The registration deadline is Dec. 7. The In-person early voting begins Dec. 14.

Likewise, New York Times columnist Tom Friedman told CNN that he hopes “everybody moves to Georgia in the next month or two, registers to vote, and votes for these two Democratic senators.”

However, it is illegal — a felony, in fact — to move to Georgia solely with the intention of voting, and not to establish a permanent residence.

Moreover, as a source within the Georgia state government told Breitbart News, it is also illegal to vote in a Georgia runoff if you have already voted in a Senate race in the general election in another state.

Some observers have noted that Georgia’s state constitution prohibits voting in a runoff election if a voter was not eligible to vote in the preceding general election. It states clearly, in Article II, Section II, Paragraph II (emphasis added):

However, as the source in Georgia explained, federal law supersedes state law for the purpose of a federal election, and so that provision would not apply to the Senate runoffs.

Bottom line: if you want to make a difference in Georgia, you can donate to campaigns, and you can even move there to volunteer to get out the vote. Just don’t register vote yourself.