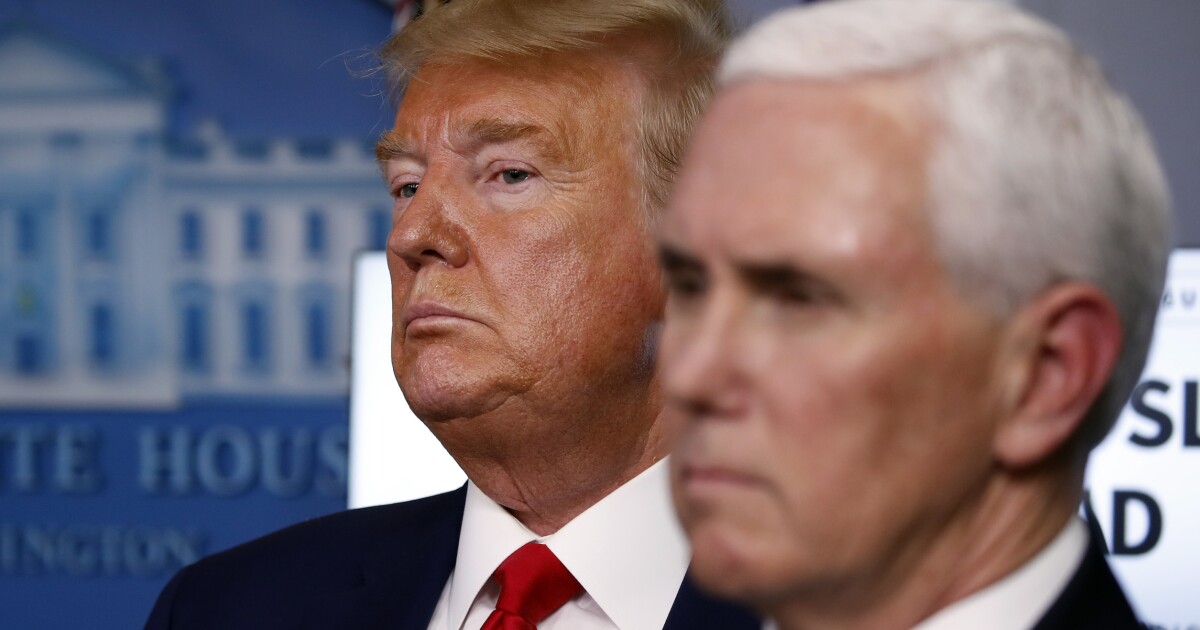 Trump has been talking to advisers about the possibility of picking a running mate other than Pence if he decides to run for president again, Bloomberg reported, citing two people requesting anonymity. Trump adviser Jason Miller pushed back on the reporting minutes after it was published.

“This is fake news. No such conversations are happening,” Miller, who was a senior adviser to the president’s reelection campaign, tweeted in response to the article.

The former president’s advisers reportedly discussed the possibility of tagging a black or female running mate, with some suggesting South Dakota Gov. Kristi Noem. Donald Trump Jr. and Kimberly Guilfoyle, his girlfriend, are hosting a Friday fundraiser for Noem at Mar-a-Lago.

PENCE AND TRUMP HAVE ‘SPOKEN FREQUENTLY’ SINCE LEAVING WHITE HOUSE

Trump also gave a “complete and total endorsement” on Tuesday to Tim Scott, the country’s only black Republican senator. Scott, who represents South Carolina, is running for a second term in 2022, which he said will be his last.

The relationship between Trump and Pence soured in the waning days of his presidency. Trump has repeatedly made claims that he won the 2020 election and pushed Pence to overturn the election results on Jan. 6, which the former vice president refused to do.

Trump reportedly called Pence before he began the process of overseeing the count of President Biden’s Electoral College vote win and told him he could either go down in history as a “patriot” or a “p—-.”

Pence also declined an invitation to attend the annual Conservative Political Action Conference and is reportedly trying to avoid the lens of the media for the next six months.

Despite the claims and reports, Pence told a closed-door meeting of Republicans in February that the two speak on a regular basis and that he remains “very proud of the Trump-Pence record.”

Trump delivered his first public speech since leaving office at CPAC, and while he didn’t announce a 2024 bid, he did hint at the prospect.

The Washington Examiner contacted Bloomberg and Trump’s Florida-based office for more information about Bloomberg’s report and Miller’s denial but did not immediately receive a response.