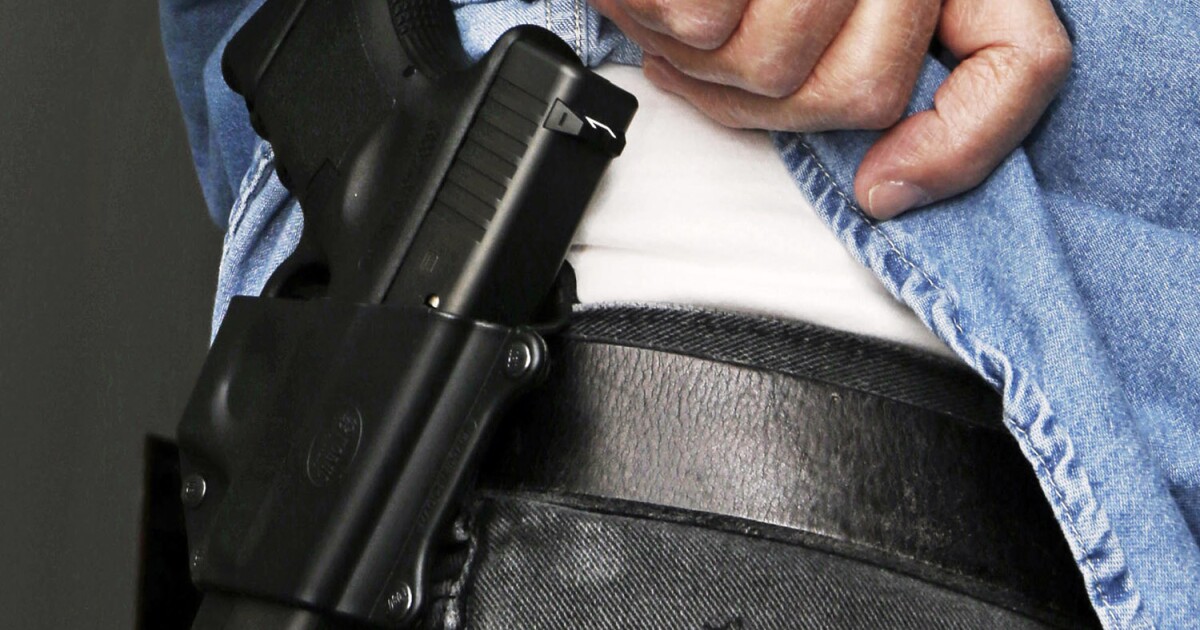 Since 2015, gun-rights supporters in Indiana have been trying to pass a “constitutional carry” bill to allow everyone who can legally own a gun to carry it on them when they leave the house without having to have a license.

But legislators who’ve sponsored constitutional carry bills have been stopped, unable to get a hearing or any serious consideration.

“It’s just a long history of neglect in Indiana to deal with this issue,” says Brenden Boudreau, executive director of the group Hoosier Gun Rights.

Last January, Rep. Curt Nisly, who represents a conservative district in northeast Indiana, had sponsored a bill. It went nowhere – referred to committee and then ignored.

The problem, says Nisly, was House Speaker Brian Bosma, who made it clear he wasn’t interested in passing constitutional carry in Indiana, a state where Republicans have supermajorities in both the House and Senate.

Bosma, he said, used his position as speaker to push his own agenda.

“You could trace his agenda pretty much to his donors, and donors to the HRCC,” he said this week, referring to the House Republican Campaign Committee, which raises money to help re-elect Republican state representatives.

He pointed to contributions from Michael Bloomberg’s gun-control organization, Everytown for Gun Safety, as the problem.

In 2016, the Everytown for Gun Safety PAC gave $500 to Bosma and $500 to the Republican majority leader, Rep. Matt Lehman, and $2,000 each to the HRCC and the Senate Majority Campaign Committee.

But Bosma’s gone, a new House speaker is just stepping in – Rep. Todd Huston – and there are at least two constitutional carry bills that will be introduced in the coming weeks.

A newly elected representative, John Jacob, says he’ll introduce a bill similar to Nisly’s before the end of the month.

He said this week he thinks constitutional carry is gaining traction in Indiana and says in general, he objects to state governments putting restrictions on constitutional rights.

Rep. Jim Lucas, who represents a southern Indiana district, says he’s also introducing a constitutional carry bill, but one that will also include a provision forbidding people under the age of 23 from getting a gun if they were convicted of a crime while a juvenile that would have been a felony had they been an adult.

“We’re just trying to tighten things up for people who have shown a tendency to and have been convicted of extremely violent crimes,” he said.

Lucas famously threatened to introduce a bill in 2017 to require a license from state police to practice journalism, something he says he did to make a point about gun rights.

“Still to this day no one has been able to explain to me how it’s OK to license our Second Amendment right but not our First Amendment rights,” he says.

He says this year may be the year that Indiana joins 16 other states in adopting constitutional carry.

“Sadly, people are losing faith in their government,” he says, “and self-defense is the first law of nature, and we have to respect that.”

Lucas points to the riots in many cities, including Indianapolis, and to attacks on police, saying people are afraid and often need to arm themselves quickly to defend themselves and their families.

“The only thing that is, that’s a hurdle for innocent people,” he says.

To apply for the license in Indiana, people must fill out an online application and pay a fee of $75 if applying for the lifetime permit (the five-year permit is now free). Then they must be fingerprinted, take those fingerprints to their local police department, and wait up to 60 days for the actual license to arrive in the mail.

Under the bills being drafted, the state would keep licensing in place for people wanting to take advantage of reciprocity with other states, to be able to carry in the 32 other states that have reciprocal agreements with Indiana.

Without Trump, Pence shoots to top of 2024 poll of Republican voters

As other states close prisons, Nebraska may build a big one

Without Trump, Pence shoots to top of 2024 poll of Republican...